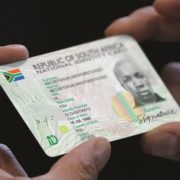 About 300 pupils with unverifiable identity documents (IDs) have been found in an Eastern Cape school with an enrolment of 1000.

These could be among 30000 ghost pupils uncovered by the provincial education department during the verification process this year, saving the state R60-million this year.

The province has more than 5000 schools.

A member of the National Council of Provinces (NCOP), Ntombovuyo Nkopane, said there were 300 pupils, who had unverifiable IDs at Maluti High.

She said there were about 1000 pupils enrolled at the school, which is located close to Lesotho.

“About 300 have no authentic IDs. They are there but are not recognised by the system. There are challenges with the allocation of resources.”

Nkopane said the school was not properly fenced and only had one security guard.

There was also a problem of drug usage because of shebeens that were close to the school.