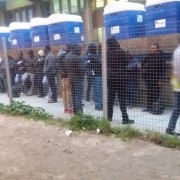 The Home Affairs database system that manages refugee and asylum documentation has been down for almost two weeks across the country. Refugees have described their frustration with poor communication from officials, standing in long queues, and being blocked from doing anything that South African citizens use an identity document to access. 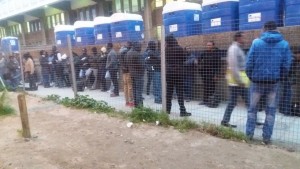 A week ago, GroundUp described the story of a refugee who cannot access her bank account because she cannot renew her refugee documents, and is on the brink of being fired because she has queued for days at the Home Affairs building on Cape Town’s foreshore. Hundreds of refugees in a similar position to her were being turned away everyday this week. On Thursday about 500 people were turned away at the Cape Town office at about 8:30am. Many had been queuing since 6am or 7am.

Moreover, the national department has failed to respond to GroundUp’s emails, telephone calls and text messages since last week. (See The worst spokesman in government?)

Help for disabled children of immigrants
Scroll to top