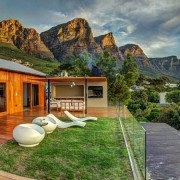 Listings tripled in the last year in South Africa for Airbnb, a website for people to list, find, and rent lodging.

More than 130,000 guests stayed in accommodation they found on Airbnb in South Africa in the last year, and many guests said they stayed longer and spent more in local shops and restaurants as a result of the sharing economy, Traveller24 reported.

Airbnb has grown the tourism pie in Cape Town, attracting guests who might otherwise not have come, the company said.

Encouraging the idea of openness, hospitality and service across the city — not only in the heavy tourist areas — is important in Cape Town, which has an reputation for being rather “insular and closed off,” said Tim Harris, CEO at Wesgro, the tourism, trade and investment promotion agency for Cape Town and the Western Cape.

Airbnb listings allow visitors to book accommodations online and stay in their hosts’ homes. Based in San Francisco, the website was founded in 2008 and has been available in South Africa since 2009. It is privately owned.

Airbnb has more than 1.5-million listings in 34,000 cities and towns in 190 countries. South Africa has the highest number of listings in Africa and the Middle East, with 20,000 of 50,000 listing. Morocco is No. 2. Of South Africa’s 20,000 Airbnb listings, half are in Cape Town, BusinessDayLive reported.