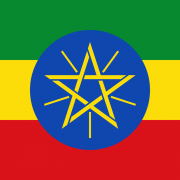 Addis Ababa, the capital of Ethiopia, is the hub for much of the airborne travel in Africa. Ethiopian Airlines flies across the continent, carrying many of Africa’s travelers via the city’s small but comfortable airport. Aside from the usual assortment of foreigners – backpackers on their way to safaris, mid-level managers of commodity firms and a few diplomats – the demographic of the airport’s transit population says much about the state of the continent’s political economy.

The airport is also notable for its sheer inconvenience. A veteran expat in West Africa– an American manager at a mechanical equipment firm – explains the hassle to get from Congo to Nigeria, both of which are west of Ethiopia. The only other option, instead of transiting at Addis, is to take a local Nigerian flight, which he dismisses as “having a decent probability of falling out of the sky.” So what should be a journey of just a few hours becomes a day-long one, including hours of sitting around at Addis.