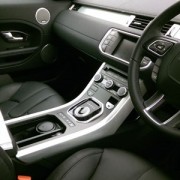 Johannesburg – A Chinese state-owned car manufacturing company will invest R11bn in a new plant in Port Elizabeth, giving a further boost to one of the fastest-growing industries in the continent’s largest economy.

Beijing Automotive International Corporation signed the deal with the Coega Development Corporation in Port Elizabeth, Coega said in an emailed statement on Friday.

The investment is a result of agreements signed by President Jacob Zuma and Chinese Prime Minister Xi Jinping in December last year.

“The size of this investment demonstrates confidence by China and confidence in South Africa as an investment destination,” Trade and Industry Minister Rob Davies said in a statement.

The Eastern Cape Province is “an automotive hub and has the potential of deepening the component supply chain, job creation and economic development,” he said.

South Africa’s automotive manufacturing industry has been among the bright spots of an economy expanding at the slowest pace since a recession in 2009. The government’s auto-incentive programme has attracted companies including Toyota Motor Corporation, Ford Motor and BMW to set up and invest in factories.

Zimbabwe is desperate – an eyewitness account
Scroll to top