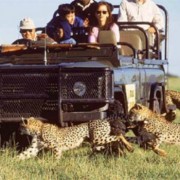 South Africa’s tourism industry has seen its ups and downs, and right now, it’s up, thanks in part to Chinese tourists.
Overseas arrivals to South Africa in January 2016 increased 16 percent compared to January 2015, part of a growth in overseas arrivals that started in November and continued in December.
A fairly horrible year for South African tourism in 2015, the industry was hurt by Ebola fears over an outbreak thousands of miles away, and changes in the country’s visa regulations. Tourism arrivals dropped 6.8 percent overall for the year, TourismUpdate reported. 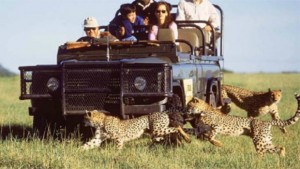 Arrivals from China, which have been growing since September, were up 93 percent in January, according to TourismUpdate. South Africa’s key source markets all experienced significant growth in January, with arrivals from the U.K., U.S. and Germany up 16 percent, 11 percent and 22 percent respectively. Arrivals from The Netherlands, Italy, Belgium and France were also up.
India contributed an 11 percent increase in arrivals while arrivals from fellow BRIC country Brazil were down 8 percent.
Arrivals were up 15 percent from the 14-member Southern African Development Community — Angola, Botswana, DRC, Lesotho, Malawi, Mauritius, Mozambique, Namibia, Seychelles, South Africa, Swaziland, Tanzania, Zambia and Zimbabwe.