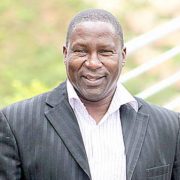 Two allegedly corrupt members of the citizenship board secretly approached a citizenship applicant asking him to ‘make a plan’ if he was serious about getting the much-needed Swazi citizenship.

The applicant, Amir Manzoor, originally a Canadian national, told the parliamentary probe team investigating the influx of Asians into the country he refused to heed the advice from the corrupt board members to ‘make a plan’.

The committee is led by MP Titus Thwala.

The ‘make a plan’ here refers to offering a bribe for the members of the citizenship board to expedite his application.

The presenter said the board members told him it was of paramount importance that he made a plan because the King granted citizenship to a very limited number of applicants and to enhance his chances he had to do something by bribing his way through.

The probe team asked Manzoor what he understood the board members to mean by ‘making a plan,’ to which he said it was quite clear they wanted a bribe and he could not entertain that.