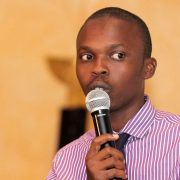 Serviced apartments in Nairobi reported higher occupancy than hotels in Nairobi, a new survey based on 2015 data shows.

The apartments had 29.6 per cent higher occupancy than hotels, and were also 33.5 per cent cheaper, the Cytonn Hospitality Report 2016 – Sailing Through The Storm – reveals.

“We expect increased focus on development of serviced apartments in Upper Hill, Westlands, Kiambu Road and Lavington due to the high occupancy levels already in the market. The hotel industry will continue to face a few challenges before occupancy levels improve to profitable levels again. However, development is rife with more than 2,500 beds being added over the next year,” Cytonn chief investment officer Elizabeth Nkukuu said.

Meetings, incentives, conferences and exhibitions (Mice), have raised hotel occupancy as delegates continued to increase between 2011 and 2015.