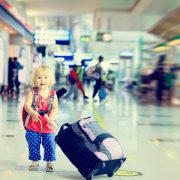 Cape Town – The Department of Home Affairs has scrapped having two versions of the birth certificate, an abridged (issued for new-borns up until 2013) and an unabridged birth certificate detailing both parents details (issued to all new-borns since 2014).

From Tuesday, 1 November, newborns in South Africa will be issued only a single document stating both their maternal and paternal birth details.

In essence, however, it remains an unabridged birth certificate, the term as well as the abridged version (with only the maternal details) is now being done away with.

For South Africans travelling with minor children, the complete birth certificate detailing both paternal and maternal information will still be the document needed at customs to ensure smooth transit operations.

Everyone born before that, and that are still under 18 (from 1998 to 14 March 2013), and those from countries who do not automatically issue unabridged certificates, must apply for the document well before their travel date.