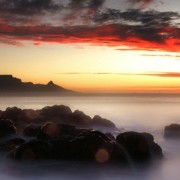 “The world was once again presented with a picture of an orderly democracy as millions of South Africans went to the polls and were prepared to stand in long lines even in freezing weather,” Everitt said.

“Every South African was a winner in last week’s local elections,” he said. “We have all just done our property sector – which is the foundation of personal wealth for most ordinary South Africans – a really big favour.”

The ANC was left bruised and the DA energised, while the EFF emerged as kingmakers following one of the most hotly-contested elections in post-democratic South Africa last week.

Support for the ruling party fell to below 60% of the votes for the first time since 1994, who only won outright majorities in Buffalo City, Mangaung, and eThekwini.

The failure of any single party to break the 50% mark meant coalitions would be the order of the day for the next five years.

Everitt said that because there was such a large swing towards opposition parties and a more balanced political situation in which one party does not hold all the power has impressed observers, as it is a big indicator of stability going forward.