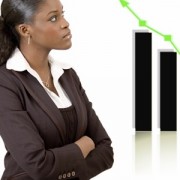 Johannesburg – There is a business case to have women in leadership. According to the McKinsey Women Matter report for Africa, released recently, there is a link between companies which perform better financially and that have gender diversity.

The report shows that in the past 10 years Africa has made progress in terms of gender diversity in leadership. However, only 5% of CEOs in the private sector in Africa are women, compared to 4% globally. This indicates that achieving gender equality is still an issue, according to Lohini Moodley, partner at McKinsey.

“In terms of gender diversity, one of the key findings is that we [Africa] are doing well compared to the rest of the world and we have made progress but we are not making the most of the opportunity,” explained Moodley. Organisations with a greater share of women on their boards tend to have higher operating margins, return on equity, and total return to shareholders.

The report also found that Earnings Before Interest and Taxes (EBIT) for companies with at least a quarter share of women on boards was on average 20% higher than the industry average.