Embraer Commercial Aviation released, during the Marrakech Air Show, in Morocco, its market outlook for Africa, which forecasts that the region will take delivery of 240 new jets in the 70 to 130-seat segment over the next 20 years. The 70 to 130-seat jet fleet in service is estimated to grow from the current 120 units to 260 by 2034. 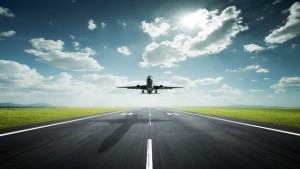 “Africans are turning progressively to air travel. As in Asia, economic expansion, a growing urban middle class, continued market liberalisation and regional integration will be the main drivers of air transport demand,” explains Simon Newitt, Vice President, Latin America, Africa & Portugal, Embraer Commercial Aviation.
“With right-sized aircraft, such as the E-Jets family, African carriers would be able to offer a better combination of capacity and frequency in core as well as low to mid-density markets.”
According to the Embraer study, there are still ample connectivity opportunities within the African region although traffic remains concentrated in the largest cities. Of more than 300 of the region’s airports operating in 2015, only eight connected 25 or more cities while 240 airports linked five or less cities.