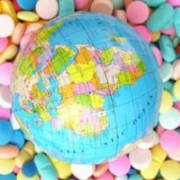 South Africa had symptoms in the 90s, very much like those that sailed across oceans searching for the American dream.

The South Africa dream opened up post apartheid to previously disadvantaged South Africans, and those in neighbouring countries, but it seems those very doors are being shut under President Jacob Zuma’s rule.

Local factors are dire, with one in four work seekers unemployed, while economic growth is anaemic, struggling to pierce the 1% line.

And the emigration stats, as analysed by economist John Maynard, paint a sorry tale. The biggest drain is to Mozambique and Zimbabwe, which shows it’s not only the rich and famous jetting off to countries like Australia, New Zealand or Canada that are leaving the South African dream behind.

We take a look at where people staying in South Africa are heading once they decide to emigrate, be it due to job opportunities or economic circumstances, adventure, fear of crime or where the country they are heading off to is their country of birth.

It’s been long known that Australia, New Zealand and Canada are hotspots for South Africans that emigrate. The numbers below show where South Africans have been heading from 2006 (data relevant to end 2015).

So where are people heading when they leave South African shores?

The map shows the main countries South Africans emigrate to once they decide to leave South Africa (2006-2015).

The numbers above are sure to surprise as it shows the largest number of emigrants from South Africa are heading to Mozambique and Zimbabwe. This is more than likely Mozambicans and Zimbabweans heading back to their country of birth. As the survey these results are derived from do not ask the nationality of those who emigrated but purely where they emigrated to.