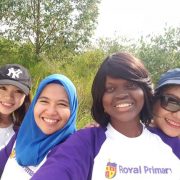 A number of South African government departments will appear in court later this month over the implementation of the new immigration laws that consider current accreditations held by schools teaching English as foreign language (EFL) as insufficient to obtain study visas for students.

EduSA, an English language centre association, has submitted court papers challenging the South African government and policymakers about their failure to make allowance for visas for international students wishing to enter South Africa to study English as a foreign language.

The court action initiated by EduSA targets a number of South African government stakeholders that include the Minister of Home Affairs, Higher Education and Training as well International Relations and Co-operation.

Following changes to the requirements for study visas, there was a 10% drop in students coming to study English in South African language schools.