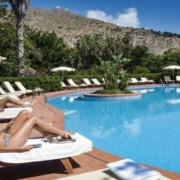 Ethiopia’s tourism sector is set for a record year as number of visitors to the coffee producing East African nation increase buoyed by increased number of high-end hotels build by Ethiopians in the Diaspora and improving infrastructure. 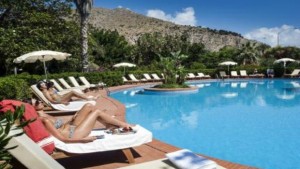 The country generated more than $1.7 billion in the first six months of its current fiscal year (2015/16), 2Merkato.com quoted the Ministry of Culture and Tourism saying.
The country received 470,000 tourists during the period, with each staying an average of 16 days and spending $234 each day. The visitors number was more than half of the average 750,000 visitors it gets each year — 12 percent higher than a decade ago.
According to Gezahegn Abate, Public Relations and International Affairs Director at the Ministry of Culture and Tourism, Ethiopians living in abroad have built more than 200 luxury hotels in the country that have made it easier for the country to market itself as a upmarket tourist destination.

The Ethiopian government has for the past few years taken various steps to encourage Ethiopian Diaspora community to play an active role in the development of their home country, The Ethiopian Herald reported.
The country’s fertile national parks, 3,000 year-old archeological history and nine UNESCO world heritage sites are also a big attraction for these tourists.