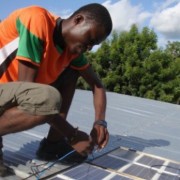 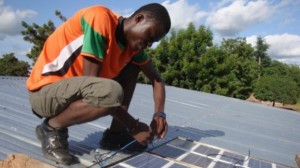 Solar power investors in Africa have managed to make strides across the continent despite a glaring skill gap on the continent, thanks to increased demand for their products by a growing population and rising per capita income levels.
According to a Solar Novus Today report, solar companies on the continent are enjoying booming sales as the cost of acquiring raw material drops due to technological advancement over the last decade.
A fall in silicon prices, a main component in solar panels, since 2008 has been fueled by a rapid increase in global demand that has made production per unit much cheaper due to economies of scale, the South African Photovoltaic Industry association (SAPVIA) said.
These savings have made it viable for companies to invest in Africa’s solar market, despite the high cost of scarce skilled labor.
A study by Nairobi University showed that in Kenya, a country where several global solar giants have found a perfect market for their pay-as-you-go bottom of the pyramid products such as M-Kopa, has only about 800 to 1,000 PV (photovoltaic) technicians.
“(A) majority of them have the basic skills but no formal training to provide the service,” the study said.