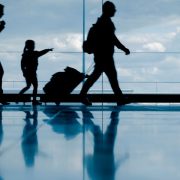 South Africa’s requirement for unabridged birth certificates has made family travel to the country “virtually impossible”, Daily Maverickreports Belgian newspaper De Standaard as saying. This follows the Chairman of the Belgian Socialist Party, John Crombez, his partner Vivi Lombaerts and their nine-year-old daughter, Babette, being told by Turkish Airlines staff that they did not have the correct and necessary documents to allow them to travel as a family to South Africa.

Crombez and Lombaerts had already booked and paid for a week-long stay in a Cape Town guest house as well as paid for tickets for various activities they had planned with friends. Another family, Barbara Defour, her husband and two children, were also barred from boarding the flight to South Africa.