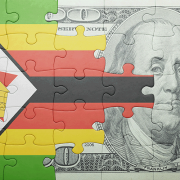 BULAWAYO – Zimbabwe Special Permit (ZSP) holders are nervous about their future in South Africa as it remains unclear whether Pretoria would renew their documents, which expired at the end of December this year.

The South African government is yet to indicate the course of action it will pursue over the expired ZSPs, causing jitters among their holders who constitute a larger percentage of Zimbabweans in the Rainbow Nation.

An estimated three million Zimbabweans are said to be in South Africa, most of them illegally.

In 2012, Pretoria issued ZSPs to allow thousands of Zimbabweans illegally working in Africa’s most industrialised economy to regularise their stay there.

The permits first expired on December 31, 2014 and were renewed the following year for three years.

Out of the 200 000 applications received back then, slightly over 185 000 were approved while the rest were rejected.

All Zimbabweans with a crime-free record were eligible to apply for the special permits. The South African Department of Home Affairs had to waive all the stringent requirements that are normally associated with acquiring a work permit in the neighbouring country.

During the time, the South African government also invited Zimbabweans, who had fraudulently acquired national identity cards and passports of that country, to surrender them and apply for the special permits without any retribution.

Ngqabutho Mabhena, chairperson of the Zimbabwe Community in South Africa, recently circulated a notice assuring members of his association not to panic, saying in their engagements with the Department of Home Affairs they had been told not to worry about what would happen beyond December 31.