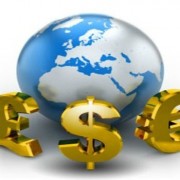 As polling opens in Britain on Thursday for a referendum on whether to stay or leave the European Union, African central bankers are closely watching and preparing for any results the referendum will throw their way.

The British vote, popularly known as Brexit, could have greater consequences on how Africa — where scored of countries were colonized by the British Empire — trade and relate with  one of their largest partners.

While colonialism ended decades ago, Britain’s relations with its former colonies is still strong as ever under the Commonwealth. So are other European nation like France and Portugal.

Opinion polls suggest that the Brexit referendum will be close to call as most British citizen are divided, including those of African decent.

According to Patrick Njoronge, Kenya’s central bank governor, a vote by the British to leave EU will have serious consequences on emerging markets, including the East African country, which exports most of its horticulture and sources its tourists from Europe.

“It’s going to affect all of us and there’s no insurance, no position we can take to manoeuvre ourselves to be in a better position,” Financial Times quoted the former senior adviser at the International Monetary Fund (IMF) saying at a press conference in May.