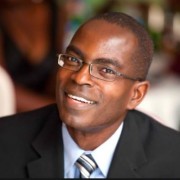 Africa’s positive narrative is best pushed by an African, who sees the glaring challenges, and instead of blaming the systems, they do their part to make a change!
It takes guts to quit a job. It takes guts and passion for one to leave a well-paying job and start an initiative aimed at helping people in the society.

That is exactly what Patrick Awuah, a former employee of Microsoft, did some fifteen years ago, and he has never regretted his move. After working and living in America for almost two decades, Mr Awuah returned to Ghana. At the time of leaving, he was a program manager at Microsoft, a title that came with a good package- millions. But when the bug bit him, the only thing that mattered to the millionaire was to change Africa starting with his home country. He set up Ashesi University in Accra, to educate young Africans.

“If the current leadership core was educated a certain way, if they were problem solvers, if they had deep compassion for society, we would be in a different place,” Rising Africa wrote of the leader’s thoughts.