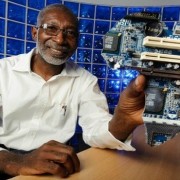 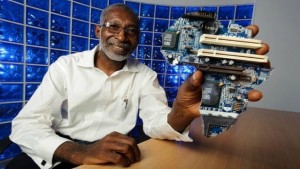 Ghanaian tech firm Ghana Dot Com (GDC) has established what it terms as the first cryptocurrency producing farm in Africa that it expects will add to the global Bitcoin pool, Ghanaweb reported.
GDC is a descendant company of Network Computer Systems, one of the first tech pioneer companies in Africa and is credited with introducing internet in Ghana and several other African countries.
The company said it produced its first crypto coin in February 8 and hoped to add several Terahashes per second capacity in the course of the year.
“Our interest is in the Blockchain technology used in Bitcoin, which has numerous other applications beyond cryptocurrencies,” Professor Nii Narku Quaynor, the Chairman of GDC, and the Internet Pioneer in Ghana, said in a statement.
“With Bitcoin as the most successful cryptocurrency, GDC considers investment in blockchain technology as strategic for Africa,” he added.
Bitcoins, a form of unregulated digital currency created and held electronically, are slowly being adopted in Africa but have come under scrutiny by Central Bankers in some countries like Kenya where citizens have been warned against trading in them.

10 Moroccan Hikes That Will Stimulate Your Senses
Scroll to top