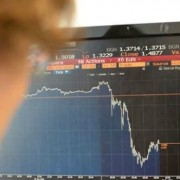 Results of a referendum in the United Kingdom on Thursday to leave the European Union shocked markets across the globe, with over $2 trillion wipe out in a single day. African economies were not spared the volatility that the Brexit vote caused on different asset classes. Currencies, stocks and bonds plunged across the continent after the UK’s vote to leave.

Africa’s largest economies – that have been struggling with commodity prices rout – were the most affected as investors anticipated a slowdown in inflows as a rush to safe havens like the US markets and precious metals like gold ensured.

Brexit has also caused uncertainty over the future of trade relations between the UK and Africa.

Here is how some African markets reacted after the Brexit referendum:

South Africa was the most affected market in Africa by the Brexit outcome due to its strong ties with the European economy. In 2015, South Africa sent 23 percent of its manufactured exports to Europe including the UK and 36 percent of its agricultural exports.

The rand tumbled nearly 8 percent against the dollar in trade on Friday after Britain voted to leave the European Union. It touched a record low against the Japanese Yen.

At the Johannesburg Stocks Exchange the benchmark share index fell the most since May 2010 to a third weekly decline, led by stocks with listings in London and by diversified mining companies, Bloomberg reported.