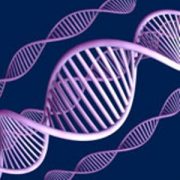 The fake news article reads, “From 2017 onwards, all babies born to South African parents will be required to undergo DNA tests to confirm their paternity before they can be allowed to take on their fathers’ surnames, Minister of Home Affairs, Mr Malusi Gigaba has said.”

The Minister, however, came on record saying, “no such interview was ever conducted”. He says, “The Department will always utilise official communication platforms to create awareness around any changes in policy should there be such pronouncements, including those made by the Ministry.”