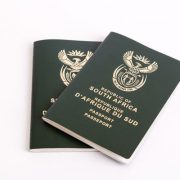 “[The department…] also rejected the recommendations contained in a memorandum proposing practical solutions to the problem,” said the not-for-profit organisation.

According to a 2015 UN High Commission for Refugees report, there are currently 3.2 million individuals awaiting decisions on asylum claims globally. And of these, South Africa has the highest number of pending asylum claims, with an astonishing 1 096 100 individuals waiting for their claims to be processed, the report said.

“This points to the lack of efficiency at the DHA in processing such claims. Since 2012, Corruption Watch has received 314 complaints of corruption relating to applications for asylum or refugee status and other immigration-related processes,” the report said.

The findings of the report show that 80% of these complaints involved refugee reception offices (RROs), which implicates home affairs officials, security guards, administrators and interpreters.

“About 17% [of complaints] implicated metro police and other SA Police Service officials, and 74% involved bribes demanded for issuing asylum and refugee permits,” the report states.

The NGO’s executive director, David Lewis, said: “The gatekeepers vary from the security guard who extracts R100 for allowing the refugee to literally enter the gate of the documentation centre, to the department of home affairs official who is custodian of that vital final stamp and whose fee is often measured in thousands of rands.”