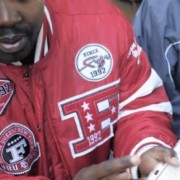 Our most frequent visitors are from neighbours in Africa; our migration policies still favour former colonial powers; thousands try for refugee status here but few get it; and business migrants are increasingly coming from China.

The Ministry of Home Affairs has just released the Green Paper on International Migration.

Last week, Home Affairs Minister Malusi Gigaba talked of the importance of migration policy against the background of strains in the EU over immigration issues and the Brexit episode, the ongoing move of migrants from Africa to Europe, and the importance of the money that migrants send home.

“South Africa has become a major source, transit and destination country for mixed-migration flows which need to be managed more robustly if the process is to have clear and tangible benefits for the country in terms of economic development, social cohesion as well as security,” said Gigaba.

“The discourse is in general characterised by strong emotions, stereotypes, unreliable anecdotes and contested statistics,” he added, calling for discussions that would “help us move past these simplistic, inaccurate and unhelpful ways of thinking”.
Source
Jul 5, 2016/by Andrew Stegmann
https://www.relocationafrica.com/wp-content/uploads/2016/07/asylum-seeker.jpg 291 501 Andrew Stegmann https://www.relocationafrica.com/wp-content/uploads/2020/09/relocationafricagroup.jpg Andrew Stegmann2016-07-05 09:06:132016-07-05 09:06:13Home Affairs looking at refugees in a new light
South Africa’s Job bloodbath will continue- Cosatu