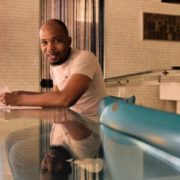 Pretoria – He obtained three qualifications and an internship in government and was on the path to carving a great future – but Thokozani Ngubani is unable to realise his dreams because, according to Home Affairs, he is dead.

The 31-year-old from Brooklyn is listed as dead in the national population register.

The department has no idea how he “died”, but has promised to investigate the matter urgently.

Originally from KwaZulu-Natal, Ngubani relocated to the capital after being accepted as an intern at the Department of Economic Development and Tourism.

His nightmare began shortly after he lost his ID in 2014.

He could not recall how the ID went missing, but said he realised it was gone when he was informed that an account was being opened at a furniture store using his ID number.

He immediately applied for a new ID, but that was just the start of his woes. “I thought since I applied for a new ID my problems would be a thing of the past. However, when trying to switch bank accounts while doing my internship I discovered I had been declared dead.”

“When the bank first told me, I thought it was a joke. It turned out to be real, but I was optimistic the mistake could be rectified within six months as mentioned by the officials,” said Ngubani.

Despite not having an ID, he said, his employer made alternative arrangements to pay him his salary every month.