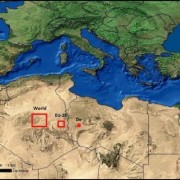 Did Africa lose an opportunity or it escaped being raped by Europe again?
When Europe announced its grand plans of using the Saharan heat to generate electricity to feed into its grid, it seemed like a blessing to North Africa as it seemed almost obvious that a lot of people would get jobs and economies would develop. This is the abstract idea one might have entertained but the reality proved to be a little different with the project facing a lot of criticism for its focus on benefitting Europe at the expense of the African economies hosting the infrastructure. It suddenly reeked of imperialist connotations. The language used in the Desertec documents themselves took the Sahara to be an expansive area of nothingness waiting for Europe to exploit. Is this not the same approach the Europeans used as they came in to seize land in Africa? It is on the face of this hard-hitting truth of the capitalist motives behind Desertec that Mansour Cherni, a Tunisian trade unionist said, “Where will the energy produced here be used? Where will the water come from that will cool the solar power plants? And what do locals get from it at all?”