As head of intelligence for the outlawed African National Congress during apartheid, Jacob Zuma neutralized perceived traitors and sidelined opponents to shore up his position, people who worked with him say. 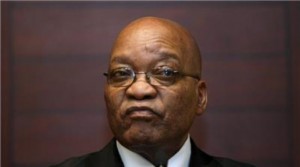 Lampooned in the media, jeered in public and now facing calls from inside and outside the ANC to resign over millions of rand of improper state spending on his private home in Nkandla, the 73-year-old’s grip on power seems like it should be weaker than at any point since his election in 2009.

Yet he endures, thanks to skills honed decades ago in the exiled ANC underground, promoting little-known officials who do his bidding to powerful positions within the security and intelligence portfolios, politicians who work around Zuma say.

He has also changed the way the party votes on internal appointments, including making members photograph ballot papers to prove their allegiance.