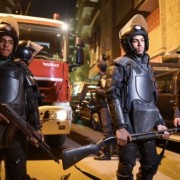 JOHANNESBURG – The Arabic Network for Human Rights Information (ANHRI) has condemned Egyptian human rights abuses committed in June, and in the prior months.

Violations against the media and freedom of press included the deportation of dual British-Lebanese TV anchor Lilian Dawood at the end of June after arresting her at her Cairo home.

Dawood hosted “The Full Picture”, a programme highly critical of the Egyptian government, and President Abdel Fattah El-Sisi in particular, on the ONTV network.

She also frequently interviewed youths and protest leaders, further making her a target for Egypt’s continuing draconian crackdown on dissent.