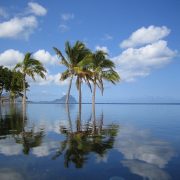 Mauritius is strategically situated in the Indian Ocean, mid-way between the developing continents of Asia and Africa, and Australia. It is a member of the commonwealth and is associated to the EU as ACP member state. It is also a member of the Common Market for Eastern and Southern Africa (COMESA) and the Southern African Development Community (SADC).

Mauritius is a safe and pleasant place to work and live and offers a unique lifestyle, which combines traditional island living with modern facilities and amenities. The success of Mauritius as an Investment location is developing apace and the Government is investing large sums for the continuous upgrading and modernisation of overall infrastructure and support services.

The Non-citizens (Employment Restriction) Act 1973 stipulates that a non-citizen shall not engage in any occupation in Mauritius for reward or profit or be employed in Mauritius unless there is in force in relation to him a valid permit and he engages in occupation or is employed in accordance with any condition, which may be specified in the permit. The Act also stipulates that “no person shall have a non-citizen in his employment in Mauritius without there being in force a valid permit in relation to that employment”.

Employers wishing to employ an expatriate in Mauritius have the following options which best reflects the nature of his/her employment in Mauritius: Occupation Permit; Work Permit; and Exempt From Permit.

TheMIGroup – Are your employees prepared for their relocation to Afri...
Scroll to top