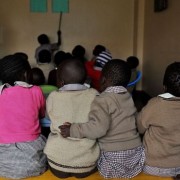 Charities, or NGOs, working in Kenya risk losing their licenses if they fail to comply with new tough rules about employing foreigners.

The authorities say that, with some exceptions, foreigners should not be employed if there are Kenyans who can do the job.

The large disparity between what foreigners and Kenyans can earn has also been criticised.

Kenya is a regional hub for NGOs, with aid agencies working in countries from Democratic Republic of Congo to South Sudan based in the country.

Charities play a large role in providing essential services in Kenya, observers say, with some running schools and clinics.

One international NGO told the BBC that higher pay for foreigners was essential as they are working far from home.