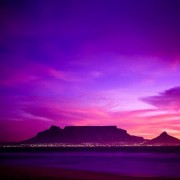 A downgrade to “junk” would effectively put a stop to all new foreign investment in South Africa, as the ratings agencies send a message to the world that South Africa is unable to service its foreign debt. A downgrade would also precipitate significant job losses across the economy and an almost instant currency devaluation.

The travel and tourism sector would, along with the rest of the economy, suffer these downgrade repercussions. However, for the tourism industry there will be additional implications.

The nation has freshly emerged from the 2012/15 power and energy crisis that saw economic growth stumble, then stall. This, along with the drought (that tightens its stranglehold on the agriculture sector and continues to set the price of food soaring); labour issues (and violence) in mining; stubbornly high unemployment rates (presently at more than 27 percent of the adult population), and inflation puts immense pressure on local consumers.

A downgrade to “junk” would increase the pressure manifold. Many more jobs would be lost; the rand would decline further; prices would increase; and people would hunker down for survival. There would be scant disposable income to spend on non-necessities such as leisure trips.

For an industry whose lifeblood is the domestic market (at any one time, almost 75 percent of tourists in South Africa are locals), the implications are obvious.

While it is true that a devalued rand could well be leveraged to boost our destination’s attractiveness to foreign tourists; it’s perilous to imagine that a downgrade would be good for the travel and tourism industry.

A downgrade to “junk” could effectively stop foreign investment in South Africa, including investment in projects to develop tourism infrastructure.

It is no exaggeration to say that tourism is one of the very few sectors of the economy that is growing. With threats of a downgrade, it makes good sense to give tourism every means it needs to continue on its robust growth path.

Revised immigration requirements (that made their entrée in 2014) continue to bedevil tourism.

Trump: What are consequences for African economies?
Scroll to top