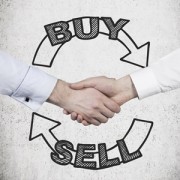 Cape Town – The recently signed partnership between the European Union (EU) and seven of the Southern Africa Development Community member states will go a long way to create new job opportunities, said the ANC’s Joanmariae Fubbs in the National Assembly on Tuesday.

Fubbs, who is chairperson of the portfolio committee on trade and industry, was introducing the new economic partnership agreement (EPA) between the EU and the SADC countries for ratification by parliament.

The new EPA replaced the former Trade Development and Cooperation Agreement (TDCA) with the EU, which had less favourable terms than the new agreement.

“It’s great news,” Fubbs said, “as it’s  replacing the chapter on trade in the TDCA. The new agreement will enable South Africa to increase exports of value-added products to the EU, which is South Africa’s largest trading partner.”