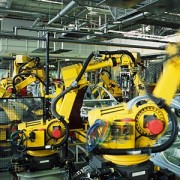 Johannesburg – An auto plant by a Chinese state-owned car manufacturer will create more than 2 500 jobs in South Africa.

The Beijing Automotive International agreed to build an R11bn ($759m) auto plant in South Africa, the biggest investment in a vehicle-production facility in the country in four decades.

The Beijing Automotive International plans to start production at the facility in 2018, chief executive officer Dong Haiyang told reporters in the southern coast city of Port Elizabeth on Tuesday.

The plant will be built in partnership with South Africa’s state-owned Industrial Development Corp. and have a capacity of 100 000 units a year by 2027, he said at the the industrial development zone where the factory will be located.

“South Africa’s automotive industry has received a major shot in the arm with the announcement of the biggest greenfield investment in 40 years,” the companies said in a joint statement.