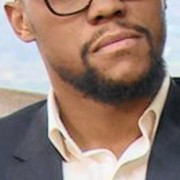 Johannesburg – While most of the country gets ready to cast their vote in the municipal elections on Wednesday, one man will only be able to watch from a distance.

In June, The Star reported that Joseph Khoza’s ID has been blocked on and off since 1988 because of a Department of Home Affairs mix-up, which repeatedly alleges that he is an illegal immigrant from Mozambique.

Department spokesman Mayihlome Tshwete had said Khoza’s details had to be corroborated against the Home Affairs National Identification System (Hanis) to verify his identity. He had added that the confusion had been cleared up and that he should apply again.

But, two months later, the irate Kempton Park man is no closer to getting his ID.

“I am disappointed with Mr Tshwete. He said I need to apply for a smart card and it will be issued in two weeks. I did apply, on June 3, and it was declined,” Khoza said.

“I went for a second time on July 4 and was advised to apply for a green ID book.”

When approached for comment on Khoza’s latest stumbling block, Tshwete indicated that the “illegal immigrant” block marker was permanently lifted on June 1.

The Zuma effect
Scroll to top