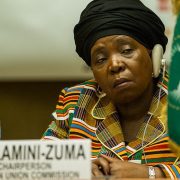 The African Union is mooting a passport that would allow visa-free movement for citizens of African countries across the continent, following country-level trends of abolishing visa requirements for African nationalities.

The African Union Passport, launched in July, could considerably ease student mobility and save countries millions of dollars spent in tuition fees in overseas universities each year. However, questions remain around capacity, credit transfer and the likelihood of its adoption by big player South Africa.

Initially, the passport will only be available to heads of state, AU officials and some government officials.

However, a rollout across its 54 member states, which include all African states except Morocco, is planned by 2020, and student mobility in the continent’s higher education sector could become its biggest and earliest beneficiary.

In the last two years, a move by three countries – Rwanda, Benin and Ghana – to abolish entry visas for Africans has also been causing excitement in the higher education sector across the continent, with observers agreeing that the move will hugely boost internationalisation of education.