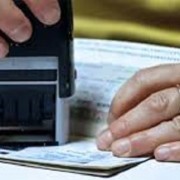 This was sparked by an application on behalf of an eight-year-old girl born in Cape Town in 2008 of Cuban parents. She was born in South Africa, but Home Affairs refused to register her. This was because neither of her parents were South Africans.

The Cuban government did not recognise her as a citizen, nor did the South African government. Her mother came to South Africa in 2005 on a treaty programme to work here as an engineer.

Her father joined the mother a year later. The mother was regarded as a “permanent emigrant” under Cuban law due to her absence from the country. She only became a permanent resident in South Africa in 2011.