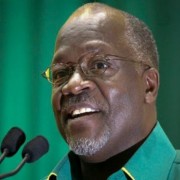 President John Magufuli may be reducing corruption and security risks but has also influenced a trend toward increased risk of expropriation, creating uncertainty for foreign investors.

Tanzania’s government has commenced a national project which will see undeveloped land larger than 20 hectares seized from investors and given to farmers. In May 2016 alone, the government expropriated over 1,800 hectares of land and allocated it to poor Tanzanians; 80% of whom rely on agriculture for their livelihood.

The programme is being implemented because of the widespread problem of investors in agriculture and energy not meeting the requirements of their title deeds, which stipulate that a title holder should develop land within three years rather than holding onto it for ‘speculative value’.

William Lukuvi, Minister for Lands, Housing and Human Settlements Developments, claims that this policy will reduce security risks, such as clashes between communities competing over scarce resources.

The government and particularly President Magufuli have also made significant efforts to curb corruption, which has generated substantial popular support and impressed international donors. He has removed 10,000 ‘ghost workers’ from the government payroll and has on multiple occasions fired officials on the spot for suspected corruption or poor work-ethic. Most recently, he fired Charles Kitwanga, Minister of Home Affairs, on May 20th for attending parliament whilst drunk.

Such policies are undeniably beneficial for marginalised Tanzanians, but have at the same time led to uncertainty in the business environment – a trend that has characterised Magufuli’s presidency since he stepped into office in November 2015.

South Africa: All South African visa applications filed in India to be submitted...
Scroll to top