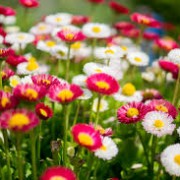 Flower growers in Africa are increasingly selling direct to buyers, cutting out the middlemen at the Netherlands’ centuries-old auction house co-op — the world’s biggest for flowers — Reuters reports.

The country grew rich selling tulip bulbs in the 17th century during the Dutch Golden Age and it is the second largest agricultural exporter after the U.S.

For decades the FloraHolland cooperative was a hub from which planeloads of flowers from around the world were distributed from vast, air-conditioned warehouses in Aalsmeer, near Amsterdam airport.

The company says it distributes almost half of all flowers sold worldwide. In 2015 it reported sales of $5.13 billion US, mostly by matching growers and buyers at its early-morning daily auctions. But flower sales directly from growers to buyers have overtaken those sold through FloraHolland’s auctions, said FloraHolland CEO Lucas Vos in a Reuters interview.

Energy and labor costs are the main reasons that the roses are grown
in Africa these days, said Arie van den Berg, a second ­generation Dutch rose grower
who has shifted the bulk of his production to Kenya and China, NewYorkTimes reports.

His company, Van den Berg Roses, still grows valuable and exotic flowers in the Netherlands, but cheaper roses are mostly grown in Africa and sold directly to big retailers such as the German discount chain Lidl or British supermarket giant Tesco,
which prefer fixed contracts to the daily fluctuation of the auction clock.