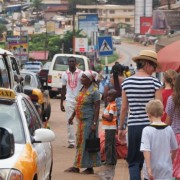 One of the biggest challenges companies face when entering African markets is hiring key executives but despite the short supply of local talent, many multinationals find the traditional model of deploying expats in Africa unattractive, according to an AfricanBusinessReview report by Nye Longman. 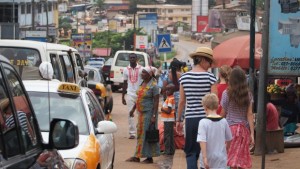 Instead, some are looking at alternatives such as hiring Africans to work in other African countries or recruiting Africans returning from the diaspora.

“The local skills shortage is acute mainly because many African businesses have not operated on a multinational scale for long enough, with the result that even qualified people do not have the necessary international experience,” said Leon Ayo, CEO of Odgers Berndtson Sub-Saharan Africa. The U.K.-based company claims to be the U.K.’s largest executive search firm.

The appropriate skills for multinationals are typically sought among the expat communities in developed economies. However, many companies are actively reducing the number of expat executives that they deploy across Africa, according to a recent Odgers Berndtson white paper.

One reason is the extremely high cost of living in many African cities, Ayo said. Luanda, Angola, was the most expensive city in the world for expats, followed by N’Djamena in Chad, according to Mercer’s 2014 Cost of Living City Rankings. Johannesburg, Cape Town and Windhoek ranked among the 10 cheapest cities in the world for expats in 2014. Angola held the No. 1 spot in 2015, while N’Djamena fell to No. 10. Joburg didn’t make the 10 cheapest in 2015.