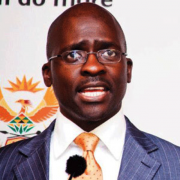 Home Affairs minister Malusi Gigaba says there are no indications that South Africa will see an influx of Zimbabwean migrants in the wake oftensions in that country.

His remarks come as trade experts warn Zimbabwe’s restrictions on imports are a setback for regional trade and integration.

Zimbabwe’s government is running out of cash and is seeking to encourage the manufacture of goods in its own backyard.

With over 700 million dollars’ worth of goods going into Zimbabwe, South Africa is the largest importer to the country.

Analysts say curbing those imports will have severe consequences for both sides and the region as a whole.

Sinethemba Zonke of Africa Practice says there will be a sharp drop in business activity in border towns – hitting business and threatening jobs. “There is also possible influx of Zimbabweans fleeing their country.”

But Home Affairs Minister Malusi Gigaba says as yet there’s been no talks with his Zimbabwean counterpart. He says the situation is unlikely to result in an influx of migrants into South Africa.

“The cross border numbers appear to be stabilising. We have had no talk with the Zimbabwean counterparts but DIRCO has. We understand there are talks on the trade front. We don’t think we will see an influx of migrants from what we gather.”

Local retailers with operations in Zimbabwe say they’ve taken a knock as a result of import restrictions.