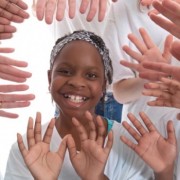 Cape Town – The Tourism Business Council of South Africa (TBCSA) says they will continue to work to ease travel in and out of the country, despite the frustration caused specifically by the new biometric data capturing systems, as well as the continued requirements for unabridged birth certificates (UBCs) for travelling minors.

And while the TBCSA admits that SA’s Department of Home Affairs has made some improvements to the regulations over the past two years, they say that the DHA has lost many an opportunity for tourism growth in the country due to new immigration regulations.

The TBCSA released a statement on Wednesday, 2 November saying, “Two years after the introduction of the new immigration regulations, business in the travel and tourism industry is unable to fully capitalise on the weak Rand and the buoyant global travel market.”

The TBCSA also warned again that more tourism opportunities may be squashed by the DHA’s disregard for festive season influx and the slow pace of the new biometric data capturing systems at all SA’s major airports.