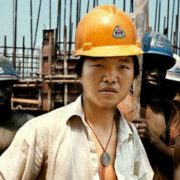 The 48 year old Chinese national has been arrested for bribing the Department of Home Affairs official in Pretoria on Thursday.

The suspect allegedly approached the Home Affairs official and offered him R3 000 provided the official checks, processes and authorises the passport of his brother. The officer alerted the Pretoria Serious Corruption Unit of the Hawks and an operation was conducted swiftly.

The man was nabbed in the act of offering the bribe and subsequent investigations led the Hawks to the O.R Tambo International Airport where the suspect’s brother had already boarded the flight to Hong Kong.

The flight was slightly delayed and the Hawks just in time to pounce on him. The 36 old man was found to be in possession of a fraudulent passport and upon searching his luggage the Hawks found polished diamonds, ivory, 10kg or wet abalone, a bag of dry abalone and a bag of Lenovate ointment which can only possess with the doctor’s prescription. The value of his loot is estimated at R6 million.