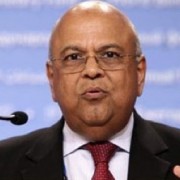 South African unemployment reached the highest level on record, official data showed on Monday, clouding the finance minister’s efforts to convince Standard and Poor’s and Fitch not to downgrade the country’s credit rating.
After a decision by Moody’s late on Friday to keep its rating on South Africa steady, Finance Minister Pravin Gordhan said he aimed to show its fellow agencies that the country was on the right economic track ahead of their own reviews in the coming weeks. 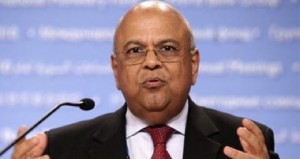 All we can do is work as hard as we can to convince people out there that we are a country that is capable of solving its problems
One of the world’s biggest metals producers, South Africa’s economy has been hit by a slide in commodities prices which came on top of wide spread labour strife in the mining industry.
The country’s rand currency initially rose on Monday in reaction to the ratings news, but sank sharply after the statistics agency revealed unemployment had risen to 26.7 percent of the labour force in the first quarter – the highest level since the survey of households began in 2008.