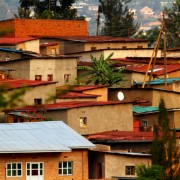 Rwanda has risen to become of the leading nations in Sub Saharan Africa in the in the use of technology, with a wide range of innovation projects that have attracted tech firms from across the world.

South American Firm To Develop First ‘Made In Rwanda’ Laptop

Positivo BGH, a South American firm has taken advantage of this unprecedented growth in the tiny East African nation by introducing the first ever, ‘Made in Rwanda’ laptops.

The firm’s manufacturing plant is located in Gasabo neighborhood in Kigali, the capital city.

It approached several African countries to operate in, but Rwanda moved fast.

“We had been talking to different African countries but I have to say Rwanda moved fast. They have a strong anti-corruption drive and the country has been growing at about 8 percent per annun for the last few year”’ Juan Ignacio Ponelli the firm’s president for Africa told BBC.

The firm is a joint venture between Positivo Informatica of Brazil and BGH of Argentina.

According to CNN, Positivo BGH has a deal with the Rwandese government to sell 150, 000 laptops each year. Most of them are meant for the educations sector.

This will boost the government’s efforts to ensure each of the 2.5 million children in primary school get a laptop in a plan dubbed, ‘One Laptop per child’.

Its operations in the country have seen the employment of 170 people, both directly and indirectly.

A majority of the experts in the firm’s line building computers are youthful Rwandese.

The government has an ambitious plan of increasing the percentage of her citizens online from the current 13 percent to 95 percent by the end of 2016.

This will be based on a rollout of a 4G network across the country.