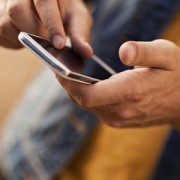 Johannesburg – South Africa’s biggest mobile network Vodacom [JSE:VOD] has given the thumbs up to a local plan to auction off radio frequency spectrum for high-speed broadband.

The Independent Communications Authority of South Africa (Icasa) on Friday invited applicants to apply for spectrum licences in the 700MHz, 800MHz and 2.6GHz range.

Icasa said that the main aim of the licensing is to ensure nationwide broadband access for all citizens by 2020. The move is further expected to boost local mobile internet speeds.

Vodacom has previously also called for more access to frequencies as the mobile operator has resorted to refarming spectrum to provide limited LTE coverage in the country.

And Vodacom on Thursday, in its quarterly update to shareholders, welcomed the Icasa auction, which is expected to happen in January 2017.