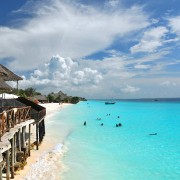 Tanzania’s Land Act No. 4 of 1999 explicitly states that no foreigner can own land in the country.

According to the former executive director of HakiArdhi, Yefred Myenzi, the Act spells out how land can be used, including leasehold.

“In Tanzania we have land laws categorised as customary and statutory laws, with the later having overriding powers in case there are problems with the former. Users of land are given rights of occupancy for periods of 33, 66 and 99 years, depending on the use,” said Mr Myenzi, adding, “Our system is similar to that of Uganda with the only difference being that in Uganda there is land that falls under the Buganda kingdom and it is recognised in the country’s constitution. However, Kenya’s system is completely different because it is freehold.”

He further said that in Tanzania, once the government leases land, the lessor isn’t allowed to sub-lease.