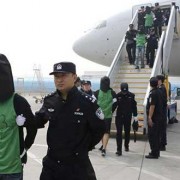 The Kenyan government’s consent to a Chinese request for the deportation of dozens of alleged cyber and telecom fraud has now bloomed into a full scale diplomatic crisis. Among those forcibly sent to China included dozens of Taiwan nationals, many of who were cleared on all charges by Kenya’s courts. The Taiwan government, for its part,blasted Beijing for orchestrating an “uncivilised act of abduction” that is illegal under international law. 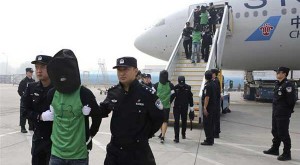 Not surprisingly, the Chinese government rejects Taiwan’s accusations sparking a serious challenge for the island’s newly elected president Tsai Ing-wen who assumes office in May. Tensions between the two governments have been on the rise since Tsai’s landslide election win that brought the pro-independence opposition Democratic Progressive Party back into power for the first time in almost a decade.
Although this is the first time that an African country has collaborated with China to forcibly deport alleged criminal suspects for telecom fraud, the practice is widespread among various governments and has a long history on the continent. Eric & Cobus explore the context of the Sino-Kenyan action and discuss how it is part of a broader global trend of the Chinese reaching far overseas to enforce its laws at home.