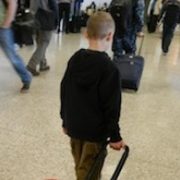 As many as 13 246 people were denied boarding to South Africa for the period June 2015 to July 2016 because of the requirement that minors travel with an unabridged birth certificate (UBC), according to statistics provided by the TBCSA presented in the Portfolio Committee on Tourism meeting in Parliament.

Democratic Alliance Shadow Minister of Tourism,James Vos, revealed the figures in a statement over the weekend.

Taking into account that a tourist to South Africa spends on average R13 000 per day, the associatin estimates South Africa has lost potential revenue of R7.51 billion.

“In committee I pointed out that these ministers must be fired for causing a loss of R7,5 billion to our economy as a result of these disastrous and ludicrous visa regulations,” said Vos.

“This once again reinforces the DA’s call to the Department of Tourism to implement e-visas, which will streamline tourist facilitation, reduce turnaround time and make visa applications safer and more reliable.”