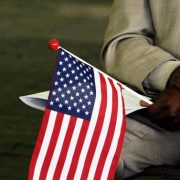 Immigrants to the U.S. from Ebola hit West African nations face deportation from May when their work permits expire after the Department of Homeland Security declared their Temporary Protected Status (TPS) will end on May 21, 2017.

The decision has spread fear amongst thousands of immigrants from Liberia, Guinea and Sierra Leone who were hard-hit by the Ebola virus that killed more than 11,000 people and led to economic stagnation in the three nations.

The immigrants said that despite the end of the outbreak in their countries they are not guaranteed good living conditions back home.

The three countries are some of the poorest in the world.

“There is no more Ebola, but our country is not safe. Here, if I dial 911, police come to my door. In Liberia, they tell you they don’t have gas for the patrol car to come to your rescue,” Tenneh Harris, one of the immigrants facing deported told the Philadelphia Inquirer.

The U.S. granted Liberian, Guinean and Sierra Leone nationals TPS following the outbreak of the deadly Ebola virus in 2014.

It however decided to end their stay after the World Health Organization (WHO) declared the West African nations free of the Ebola outbreak in January.

Temporary Protected Status is offered by the U.S. Department of Homeland Security if it considers that war, epidemics or natural disasters prevents immigrants from safety in their home countries.

Talent Has No Borders: Seconding Employees to Algeria
Scroll to top